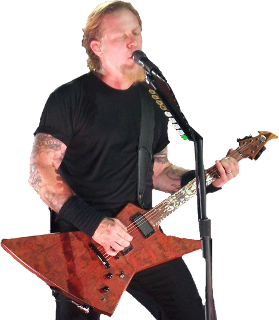 The News Room section of IPOM is where you will find the latest news about the band and the members themselves. We work very hard to bring you the all news as it happens, so please give credit if you use these stories. All news stories prior to this month can be found via the News Search. If you have questions, comments, or news stories, send them in.

First and foremost, the new Guides section has you covered whether you're a beginner or a pro - from tracking trades to pick lineage, it's got everything you want to know.

The most exciting thing is the new Trading Center. This is the feature we've been slowly working towards since the beginning - and our most requested feature of course. A single place where you can not only see a a list of all the people who track their picks on IPOM (if their list is public), but who you can trade with and how much, all in one view!

There's several other fixes, tweaks, and changes all over including a clean new main page!

We've been working o this for a very long time and we hope you enjoy. If you do, please encourage others to use IPOM to track and trade picks as it will give us all a better resource.

2019-07-19 IPOM Contest! [link]
As you know we recently did a did a massive overhaul we dub the "Lars Feature" as he asked for it. The biggest part of that was building a database of all of the venue renames in the world - and while we have a lot, we want your help to find even more!

So check out the contest we're running, help us out and win some cool prizes!

2019-07-14 The "Lars Feature" Tour Update [link]
Today we have a significant update of our Tour Archive to announce! There's a lot of new stuff we'll show you below. The short version is stats, stats, stats! More tour information than you could want. But first, a bit of background.

When I had my Hardwired M&G in Pittsburg, PA last year I was showing Lars our Personal Tour Report. He showed me a fansite for another band and asked me to add some of those features. On that site, every part of the tour section was a link - click a city, see all shows in that city, click a song, see all shows where they played that song.

Having them be links seemed cool, but I thought, IPOM can do better. So the first thing we added was stats (and of course links) for every single song on every single show.

And our software automatically calculates song premieres, so for the Webster Hall show, for example, you'll see Moth was premiered:

It was important to us that this information was automatically calculated; as humans we were likely to mess it up, but the software can figure this out for us. However, this does lead to a few weird corner cases: for very early shows, where we don't have setlists for every show, the software may say a song is premiered at a show but it was actually premiered at an earlier show we don't have a setlist for. We think this downside is worth it for knowing that the data is impeccably accurate for anything modern, however.

At the top of every show page you'll also see useful stats and links:

There's an interesting problem we discovered while working on this. The Wells Fargo Center has been called other things, so that can't just be the count of shows where the venue is "Wells Fargo Center"! This required a lot of effort. First we changed our software to understand the concept of different venues being the same physical place. Then we spent 2 months going through all of our venues, doing research and trying to find all of the venue renames we could. The result is, if you click on that link above next to "Wells Fargo Center", you'll get a result that includes all shows at that physical location:

And when we went to do that we realized that there was a lot of mistakes and inconsistencies in our venue data... and in everyone else's too. So as part of that two months, for each show we compared our venue to Metallica.com, ticket stubs on ebay and on MetPage, Wikipedia entries, other fan sites, pictures of posters, venue websites, and more. We pulled in friends from countries all over the world to translate old PDFs, ask people who were at shows. It was a lot of work, but we believe we have some of the best venue data in the world. It's not perfect, and we're still working on it, but it's pretty darn good.

While we were at it, we decided we could make the Tour Archive a bit easier to use. Our quick menu at the top of each page now has a dropdown so you can easily jump to a specific year or tour with a single click:

Of course this all started with the Personal Tour Report, and it's not been left out! The whole thing is filled with links that work similarly to the links on a tour or year page, but the results are limited to shows you've seen. So if you click on "San Francisco, CA - USA" in the list of shows on your report, you'll get a list of all shows you've seen in San Francisco.

One thing we have not yet gotten to yet is proper unicode support for non-English characters, but it's on the list! In the meantime we've moved to a more internationally-friendly date format. :)

There are a variety of other little fixes, changes, improvements all over, but these are the big changes. It's been a lot of work and we hope you enjoy the results. As with all new software, there may be bugs, please don't hesitate to reach out to us if you think you found one!

We have several more things planned. And stay tuned, because we'll be announcing a way you can help us out and win some prizes very soon! Finally, we hope you'll follow our new new Facebook page to get updates!

2019-04-02 More AU/NZ [link]
Metallica has announced a second Melbourne show on October 24 and a second Auckland show on November 2.

2019-03-26 A second S&M2 show! [link]
In response to the demand for the recently announced S&M2 show and to make up for the many snafus in the presale process, Metallica has announced that they will play a second S&M2 show - for Fifth Members only! The show will be on Sunday September 8, 2019. The band is working on how to ensure the most fair system possible for allowing fans the best chance to get tickets and details will be announced soon.

2019-03-18 S&M2 [link]
To celebrate the 20th anniversary of S&M as well as the opening of the Chase Center in San Francisco, Metallica will once again team up with the San Francisco Symphony Orchestra for a special concert at the grand opening of the Chase Center on September 6, 2019. The show is being dubbed S&M2! For more details on the show and ticket sales, see Metallica.com.

2018-09-24 2019 European Summer Vacation [link]
Metallica has announced their European summer vacation for 2019. They'll be bringing their stadium tour that was in the US in 2017 to Europe starting in May! See our Tour Archive for the dates and see Metallica.com for information on tickets and experience packages. Note that tickets go on sale tomorrow!

2017-03-11 New Picks Section [link]
We're very excited to announce our new Picks section! This is not only a place where you can see all of Metallica's guitar picks, but also a place were you can track your own collection, and - like Tour Reports - show off a report to your friends, or to other collectors to help you trade for your missing picks.

We've been working on this for a while and we're thrilled to hear what you all think of it! Feel free to let us know on the Message Center!

2017-02-26 Catch Up; Canceled Shows [link]
As mentioned below, the last few months have been so crazy with shows on various corners we haven't been keeping up on the news as well as we would like. In addition to catching up, we've also added a new feature to Tour Report: it now correctly handles canceled shows. It'll display them as canceled and not count them in your totals. See you on tour!

2017-02-26 All Within My Hands Foundation [link]
Metallica has launced the All Within My Hands Foundation to help give back to the communities that have supported them. All funds raised will be donated to a cross-section of national, local and Bay Area charities that the individual band members support, along with continuing to donate to music education programs and food banks. They are partnering with Crowdrise and together they take donations when you purchase tickets to the upcoming gigs that enter you to win cool prices each night. One lucky doner will travel with us to a show along the way. Read more about it at CrowdRisec.om/metallicamusic.

2017-02-26 North American Tour Announced [link]
Metallica announced their North American leg of the WorldWired tour last week. You can find the dates in our Tour Archive and find ticket information at Metallica.com.

2017-02-26 Fifth Annual Metallica Night With SF Giants [link]
Metallica announced the fifth annual Metallica Night with the San Francisco Giants. The event will take place on Monday August 7, 2017 when the Giants face off against the World Champion Chicago Cubs. As with previous years the band will play the National Anthem and Lars will throw the first pitch and the boys will be on hand for various festivities between innings. For more information see here.

2017-02-26 Metallica Perform with Lady Gaga at Grammys [link]
Metallica performed Moth Into Flame with Lady Gaga at the Grammys. While the collaboration was well suited, the Grammys hit a few technical glitches in both this and other performances. The teleprompter led to an introduction that didn't mention Metallica and James' mic was out for the first verse. Nonetheless both Metallica and Gaga stayed profession and delivered an incredible performance. You can see the performance on YouTube.

In the press, Lars spoke to Rolling Stone about how Lady Gaga is "The Quintessential Fifth Member of This Band," and ABC had an exclusive story with quotes from many members of the band.

2017-02-26 Metallica and Lang Lang [link]
Metallica performed with concert pianist Lang Lang in Beijing - you can see the stellar rendition of One here.

2017-02-26 Kirk Selling Sea Cliff House [link]
Kirk is selling his Sea Cliff home in San Francisco. Since this article the price has dropped to $14M.

2017-02-26 Metallica Rocks Out to Sandman In Grocery Store [link]
Checkout Metallica rocking out to Enter Sandman in a grocery store here.

2017-02-26 Kirk Unleashes on Trump [link]
Back in December Kirk has mentioned he'd be more vocal and active if Trump implemented some of the changes he had talked about. And on January 20th, he did just that in a Twitter thread you can read in order on Metal Injection.

2017-02-26 Grammy Nomination [link]
We reported that Metallica was set to perform at the 59th annual grammy awards but somehow missed mentioning they were nominated for Best Rock Song for Hardwired. They ultimately lost to David Bowie's Blackstar, but the nomination is celebration worth itself.

2017-02-26 Misc Press [link]
With the new album and shows in random corners of the world in the last few months, we've not been as ontop of news as we like to be. We've managed to post most of the big stories, but the smaller stuff has fallen through the cracks. We're starting our catch-up tonight with some highlights of various press the band has done over the last few months.

If you have any questions or comments, please e-mail us at webmaster@ipom.com.